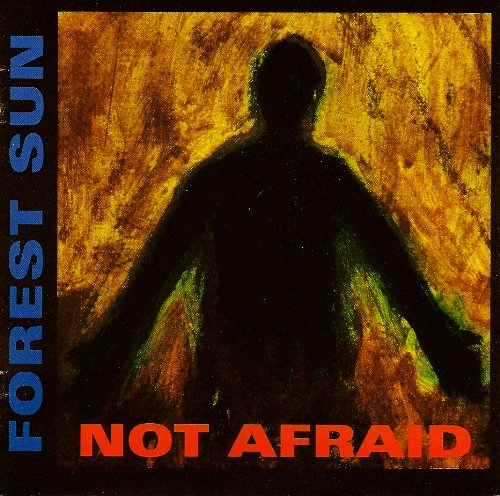 The soulful, lyricly compelling, debut album from singer/songwriter Forest Sun and band is a welcome fresh take on pop/folk/rock. Released on the artists own label Painted Sun Records, the albums well crafted songs, solid musicianship, and straight ahead production make it one you'll want to listen to again and again.

Talented San Francisco singer-songwriter Forest Sun has condensed a lifetime of musical exploration into his soulful debut album Not Afraid. The album is the first release of newly formed Painted Sun Records, a homegrown, independent label that Forest founded in 1998. If Not Afraid is any indication of the caliber of music that Painted Sun will release, then the label is off to a promising start. In recording the album, Forest brought together an array of talented San Francisco musicians with diverse musical styles. The result is a strong, heartfelt composition which blends folk, gospel, soul, blues, and jazz. At the heart of the album is a resoundingly powerful vocal performance and lyrics which truly reflect the personality and vision of this talented musician. In addition to writing all the songs on the album, Sun produced, engineered, and mastered the effort, and currently runs all aspects of Painted Sun's operations, booking his own US and European Tours and distributing copies of the recently released CD. While his musical influences are too numerous to name, Forest is quick to pay homage to such musical icons as Rickie Lee Jones, Taj Mahal,Bill Withers, Van Morrison, and Lyle Lovette. But his real influences, as he says, are the myriad of jazz and blues and soul and classic rock and old swing and oddities I find on vinyl for a dollar.

Forest, a longtime resident of Santa Fe, New Mexico, has been playing music since high school. It was here that he and his friends initiated the all night jam sessions that formed the backbone of his musical experience. Sun later went on to play in several local bands, including Jumble, MoFoZ, and the Gluey Brothers. After relocating to the Bay Area, Forest played percussion for San Francisco favorite SuperSauce before finally pulling together musicians for his solo effort. In San Francisco, Forest's powerful performance has graced the stages at Last Day Saloon, Edinburgh Castle, Micks Lounge, Blues, Irelands 32, TheRoadDog Cafe, Hotel Utah and Sacred Grounds cafe. Additionally, Forest has toured throughout the Southwest and has booked an extensive tour with dates in California, New York City, and Europe. Forest's live act is captivating and soulful, as he puts himself fully into every performance. His searching lyrics and catchy melodies linger long after the performance ends. As he says: Music is a spiritual act for me; I hope that comes through in performing.

The new HP Chromebook x2 11 detachable is already being upstaged. On Wednesday, the Lenovo Chromebook Duet 5 debuted with the 2nd-gen Qualcomm Snapdragon 7c, OLED screen and lower base price.

I’m thrilled to hear reports of Google chips in Chromebooks. But there are some very important things to keep in mind before the reported chips arrive in 2023.

Google’s Cursive app for Chromebooks, originally exclusive to the new HP Chromebook X2 11, is now widely available. Here’s how to install and use it, even if without a pen-enabled Chromebook.

I have the Acer Chromebook Spin 513 LTE in hand and have some first impressions to share. This model has some internal upgrades and costs $300 more than the $399 base configuration.

The Lenovo Chromebook Flex 5i with an 11th-gen Core i3 is similar to the IdeaPad 5i that recently impressed me. Besides being a 2-in-1, you get a better CPU for less with a current discount.

After in-app messaging in Office for Android suggested that Chromebook users would be transitioned to the web, it’s confirmed. Microsoft is ending Chromebook support for Office Android apps.

This year, every thing good from the prior model was carried over to the 2021 Acer Chromebook Spin 713 edition. And it’s improved with 11th-gen Intel chips and Thunderbolt 4 support. A current sale can save you $80.

AT&T is adding another LTE Chromebook to its network. The U.S. carrier announced pre-orders for the Lenovo 300e Chromebook LTE on Monday at $420.

Even after two weeks of using the Lenovo IdeaPad 5i Chromebook, this little laptop continues to surprise me. With fantastic performance from the newest Pentium Gold, this Chromebook really shines for the price.

AboutChromebooks.com is not affiliated with Google. Chromebase, Chromebook, Chromebox, Chrome OS, Pixel Slate and Pixelbook are all registered trademarks of Google. Additionally, this site participates in various affiliate programs and may earn a small commmission on sales through any product links.